Raised in Strathmore and earning two bachelor’s degrees from the University of Calgary, Jonah Zankl’s roots are firmly planted in Alberta — even when he’s thousands of kilometres away.

These days, the UCalgary alumnus, BA’18, BSc’18, can be found across the pond at the University of Cambridge, earning his PhD in organizational theory and information systems.

Zankl’s research at Cambridge Judge Business School, where he also took his master’s, takes a sociological approach to creating environments that support responsible entrepreneurship and venture creation. In other words, he’s working to make the business world more responsible and equitable — especially for startups.

“I hope to start to change the conversation about the profound impacts that entrepreneurial ecosystems have on the creation of new ventures,” says Zankl. “This also includes discussing the unintended, and sometimes negative, consequences that those same environments can have.”

It’s an exciting undertaking at one of the world’s oldest and most esteemed institutions, and he credits his time at UCalgary and the prestigious Schulich Leaders Scholarship for helping him get there.

“The Schulich Foundation creates such a powerful network,” says Zankl of the scholarship program.

Being a Schulich Leader instils both a belief that I am going to make a difference and a sense of responsibility to give back.

Zankl was awarded the full-ride scholarship in 2013, just two years after the program’s inception.

Marking the scholarship’s 10-year anniversary in 2021, the Schulich Foundation is celebrating a decade of helping young leaders and entrepreneurial minds across Canada reach their full potential.

“It’s amazing to know the program is a valuable asset for our university partners, and the demand from high schools reaffirms the value of the opportunity for their students,” says David Goodman, executive director of the Schulich Leaders Scholarship with the Schulich Foundation. He adds he’s excited to see this philanthropic model for higher education become so successful.

Goodman explains that it’s important to the Schulich Foundation to invest in Canada’s top talent to improve our knowledge-based economy. Canadian philanthropist Seymour Schulich established the scholarship to empower the STEM (science, technology, engineering, mathematics) community to drive innovation, and Goodman says that Zankl’s ambitious pursuits reflect the type of leadership that exists in this network of scholars.

“Jonah is exceptionally talented and was actively involved in the Schulich Leaders Network,” says Goodman, adding that Zankl actually pioneered the UCalgary chapter of the Network, which continues to grow as more students are recognized each year at 20 partner universities across Canada.

One other student was recognized alongside Zankl in 2013, and now, in 2021, six first-year UCalgary students were recognized as Schulich Leaders.

“The Schulich Leaders Scholarship Program is not only investing in students with tremendous talent, it’s also investing in Canada’s future — these imaginative and committed young scholars are creating fresh solutions to society’s greatest challenges,” he says. “As our Schulich Leader alumni take their education and experience out into the world, we are seeing them achieve incredible things.”

If the past 10 years bringing together bright minds and visionary donors are any indication, that future looks bright.

The Schulich Leader Scholarship was established by Seymour Schulich in 2012. One hundred scholarships are awarded annually to high school graduates, with a value of $80,000 or $100,000 per award. The nomination deadline for next year is Jan. 26, 2022. 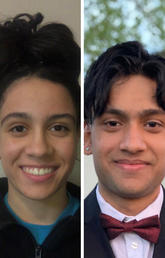 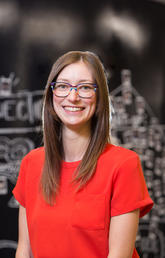 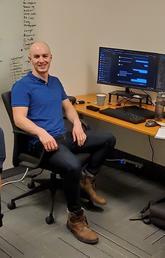 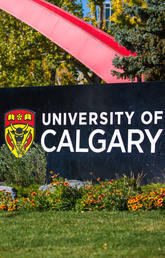 UCalgary is top startup creator amongst research institutions in Canada 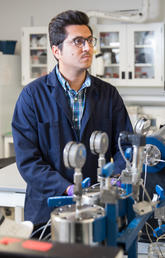