An App to Fill a Critical Gap

During a routine waxing session at her neighbourhood salon, Dr. Alina Turner’s esthetician gently inquired about the nature of some bruises she spotted on her client’s leg.

It was only from her playful six-year-old, Turner assured her.

But what if the bruises had been from her husband?

“They told me they actually see that scenario a lot at the spa and all they can do is listen,” Turner says. “I thought to myself — what if they could actually refer clients to somewhere they could get help?”

What Turner, PhD’13, a fellow at the University of Calgary’s School of Public Policy and a former vice-president at the Calgary Homeless Foundation, had in mind was a one-stop directory of social services and programs.

It didn’t exist when she could have used it the most as a teenage refugee from Romania, trying to survive a violent household and, later, homelessness along with a younger brother who was constantly in and out of jail.

She quickly discovered it still didn’t.

“With all the technology at our fingertips, I could find the best Thai restaurant within 500 metres of me but, when it came to mental health and domestic violence support, I wouldn’t have a clue where to go,” Turner says.

Many of these services — from non-profits and charities to private organizations — are not easily accessed online, nor are they grouped together in ways that make sense, Turner says. “If you Googled ‘domestic violence’ and ‘Alberta,’ you might get some information, but you wouldn’t be led to things you could benefit from other than just a temporary shelter — like housing assistance, addiction support, food bank vouchers or mental health services for your kids,” she says. 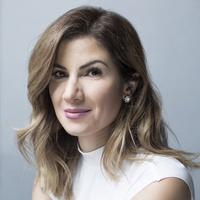 With all the technology at our fingertips, I could find the best Thai restaurant within 500 metres of me but, when it came to mental health and domestic violence support, I wouldn’t have a clue where to go.

“You don’t even know these exist because, in that moment of trauma, you can only see what’s in front of you.”

So far, the app has helped promote hundreds of thousands of previously unknown or little-advertised services. Expanding rapidly across Canada, Turner expects at least 3.5 million interactions per month once the app is fully scaled.

In addition to being easy to navigate and integrating lists of services on a national scale — which comes in handy when a victim has to leave their community in a hurry — the app also harnesses the power of the kind of big data that governments, donors, non-profits and businesses will find crucial to decision-making.

“On the back end, as a researcher and a planner, I get the analytics in real time — we might see a spike in food bank interactions in one particular community, compare how we’re doing in Calgary versus Toronto, or notice a gap in public safety programs in Ontario,” says Turner.

“The vision is to see how we can correlate all this to other indicators and build a sustainable social enterprise that stands on its own.”

While she was not surprised to receive initial push-back from agencies on the ability to rate their services, she’s an adamant believer in the importance of transparency.

“In this industry, you always hear from the frontlines and the decision-makers, but not those with lived experience,” Turner says. “What this app is about is putting power back in the hands of people using the service.

“Our plans are to expand into the U.S. and EU next — big dreams, but I’d love to see this in both my home country and birth country.”