Arts alumni are an accomplished crew. They have great advice for students and fellow graduates, and know that arts degrees teach skills that are sought-after in the professional environment.

Janice Eisenhauer BA (Hon) '99 also holds an Honorary Doctor of Laws Degree (2016) from the University of Calgary. The topic of her 1999 honour's thesis was on the empowerment of women in Afghanistan, and the early beginnings of her life-long work.

Eisenhauer is Executive Director and co-founding member of Canadian Women for Women in Afghanistan, a non-religious, non-political, federally registered Canadian charity. Over the past two decades, she has managed the day-to-day activities of the National Office, working closely with volunteer members, the Board of Directors and 20 Afghan staff in Kabul.

The organization goals are to ensure effective long-term sustainable education programs for Afghan women and their families, and to engage Canadians as global citizens. Members have raised over $8 million since 1998, resulting in hundreds of education projects being implemented in Afghanistan. These projects benefit an average of 40,000 students annually and include the training of 9,000 Afghan teachers, setting up 250 school libraries and science labs, and funding for a community girls school.

Eisenhauer has received many awards for her long-standing community work and volunteerism, including the 2014 City of Calgary’s Signature Award for bringing international acclaim to the city, the Alberta Order of Excellence (2015), an Honorary Doctor of Laws Degree from the University of Calgary (2016), and the Governor General’s Meritorious Service Cross (2018).

What is your favourite University of Calgary memory?

Even as an older (aka mature) and part-time student, or maybe because of that, I often fought the feelings of being intimidated by the scale of, well, most everything! From the massive theater halls with 300-400 fellow students, to the small, one-on-one prof and TA meetings, to sharing laps in the pool or gym time with major athletes—and generally being overwhelmed, motivated and inspired by that massive flow of conversations and ideas everywhere, and the varying perspectives of students from around the world. Truly the university was my most unique life-shifting learning ground, as it should be, and on many levels both personally and intellectually.

My favorite memory was one class with the well-known and well-regarded Dr. Ronald Glasberg. I was one of the many students so very thankful to have studied in his classes. I credit him with opening my mind to a larger world view. I digress…I was attending a lecture, surrounded by 400 students in that huge hall. Dr. Glasberg appeared almost like a tiny dot way down on the stage but he had such a strong presence and impact through his unique approach to teaching. The class was quiet and listening. It was twenty years ago, but I still remember him asking all of us “what is your fundamental fear”? My shy hand shot up and a voice inside me shouted, ‘white supremacists’! It completely shocked me that this was my response, but it was with hindsight the very early beginnings of my struggle to find a way to address the racism and imbalances of power in the world. Within the year, I was on my own personal journey in solidarity with Afghan women in their fight against the war, violence and oppression of the Taliban and warlords.

What was your favourite campus hang out spot?

Anywhere outside or in the rec centre. I always had imagined my studies would be more towards recreation and kinesiology being someone who loves outdoor activities. But when I focused on what I truly enjoyed in my studies, it was people (cultures) and places (travel). I often studied, read or visited with friends on the grounds around the student centre or social science building, and on colder days, made use of all the pool and gym facilities.

If you could give one piece of advice to an undergraduate completing the same degree that you did, what would it be?

I remember leaving the university that last day of class having a sense of all I didn’t know about international development. Why is that, after spending so many years in the classroom with excellent profs and brilliant students? Because as I have since learned, development is messy, it’s often slow, and complicated, and there are rarely any easy answers or solutions to making change happen even when it is urgently needed. It takes time, and constant critique and learning from all involved. So, my advice would be to stay focused on the goal…but first spend a lot of time listening and working with the community in setting that goal. Get it right at the beginning and then be ready to find the patience and build the determination to stay the course…collaborate, be open, supportive, listen, learn. It’s worth it!

How has your career evolved?

Mine has not been a typical career path, by any means, if there even is such a thing as ‘typical’. My partner and I had a young son in elementary school; he had his own consulting business working from our home; I had already worked for decades in management and paralegal careers while studying part-time. All my fellow DEST classmates where talking about heading to Ottawa to find work with INGOs after graduation. That was not happening for me. When friends would ask, well what now? I’d say I just want to volunteer another semester (still talking in university lingo) with CW4WAfghan and then I’ll go find a ‘real job’. But as things evolved at CW4WAfghan, and I asked myself, ‘what would that ‘real job’ look like?’, I realized I already had the ideal job for me. It was forever fascinating, inspiring, growing and evolving. It was also very manageable working from my home, allowing me time to balance career, time with family and friends, travel and life overall. After 20 years, I’m now at a point to reflect on this as I approach retirement. I am thrilled to have so many qualified, capable people in Canada and in Afghanistan taking this work forward. The career has evolved through millions of tiny baby steps, through collaboration and partnerships, through determination and commitment…and I am forever grateful for the opportunity to be part of this global movement.

What is the best thing about your job?

It’s very hard to narrow that down, as it is all so integrated or organic as part of life, not a job per se. The excitement I still have when getting up every day and checking emails from our team...coast-to-coast and across the world in Afghanistan; the life-long learning (I still find myself considering all I don’t know about development…); knowing that I’m sharing my world with like-minded people both Afghan and Canadian, and the fantastic friendships this has brought to my life.

How did your arts degree help you get to where you are now/your current career?

My undergrad degree has definitely helped me find this path and gives credibility to my role in the work I do. I am also thankful that I put the extra time to focus on the honorary degree, with my topic being the Empowerment of Afghan Women. Not only does that add additional credibility, but it was the groundwork through my research and writing of that thesis, that gave me a solid base for moving forward with my work. I had always imagined continuing my studies in a more formal way, but I could never find the time---or to be more accurate, to give up my work to make that change happen. Perhaps that time is coming now in ‘retirement’. 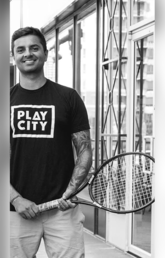 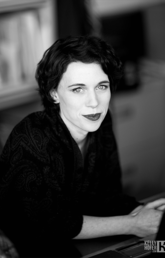 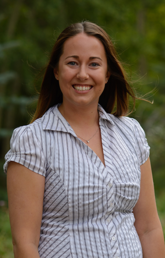