Brewing Up a Career in Beer

Alumnus Mike Foniok, BSc (Eng)’09, isn’t just living the dream — he’s working it. A couple of years ago, the founder of The Establishment Brewing Company, along with several fellow alumni, ditched their high-paying jobs to pursue a passion that began in the Den. For this month’s Careers in Motion feature, we caught up with Foniok in the 9,000-sq.-ft microbrewery in Calgary’s Manchester area where we tapped him for career advice.

I blame it on my internship in Switzerland, where the beer was sooo good. After I returned to Calgary, I met Brandon Hart, BSc (Eng)’08, another electrical engineer from the U of C, and we both said, “There’s not a lot of good beer here. We need to fix that.”

But where did you get “established?”

It began in our basement in a rental house in Erlton. Brandon found the Establishment sign (now in their tap room) on a road trip and stuck it in one of our windows. I suppose it began with a home-brew kit and then I built my own propane-fired setup. Because you need to boil water when you’re brewing, there's a lot of thermodynamics involved in brewing. But then the 2013 flood happened and completely wiped out my entire home-brew setup. So I had to start from scratch, but the good news was the basement was gutted, so I set up a new system.

How were you paying the bills?

I worked as a mechanical engineer with ENMAX for 10 years while trying to save as much as I could. After a decade, my business partner, David Ronneberg, and I quit our engineering jobs and went all-in. Right now, there are three engineers here. Instead of buying a house, I saved up for starting a business. We didn’t go to any venture capitalists or anything like that — but we did approach friends and family for funding, and they helped out a lot.

Do you use the skills you learned in mechanical engineering in this job?

Absolutely. All the hardcore technical skills . . . there’s a lot of chemistry involved, fluid flow and thermodynamics. There are tanks and pipes and pressures to consider all the time. My job with ENMAX involved a lot of project management, but this job . . . this is pure applied engineering, which I love.

What makes your beer different from the dozens of other beers coming out of Calgary’s microbrewery scene?

There aren’t many of us making “wild beer” or mixed-culture beer that is fermented in red-wine oak barrels. It’s almost more of a wine product than it is a beer.

What is wild beer?

It’s like traditional Belgian-style beer that is fermented in red-wine oak barrels for a very long period of time. The best way to describe it is . . . it’s kind of like the sourdough of beer. Think of beer that is made in stainless steel tanks as a normal loaf of bread. The mixed-culture beer is like sourdough.

How many different types of wild beer do you brew?

How many barrels of wild beer do you have?

We have close to 100 barrels filled with wild beer.

Where can someone buy your beer?

A lot of places in Calgary, pretty much if they carry craft beer, our beer is likely to be found there too. At restaurants and bars like the Ship & Anchor, Major Tom, Rain Dog Bar and at liquor stores like Oak & Vine, Alberta Beer Exchange, and, of course, at our brewery and tasting room at 4407 1St S.E. Calgary.

If someone wants to learn how to brew their own beer, what do you suggest?

Join the Calgary Yeast Wranglers Home Brewers Association . . . the community is super-fun, passionate about beer and helpful. I learned a lot there and became so involved that I eventually became a nationally certified beer judge. That’s where I began training my palate and constructing recipes, which is just another way of saying we drank a lot of beer! In fact, we were home-brewing for about 12 years before we started this place.

What makes a perfect beer?

I think drinkability is key. But a lot of people don’t realize that, with beer, there’s a huge variety of different styles. From a very light-flavoured, American-style lager . . . call it a lawnmower beer — to a 13-per cent barrel-aged Imperial stout, which is black and viscous with tons of coffee and figs. You can also have very hoppy beers or sour beers or wild beer that’s been barrel-aged for many years.

From "wild beer" to beer linked to music—originality is key 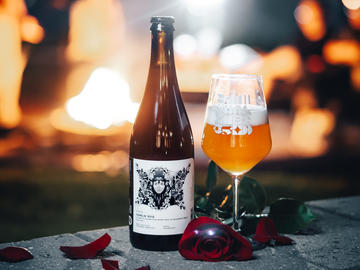 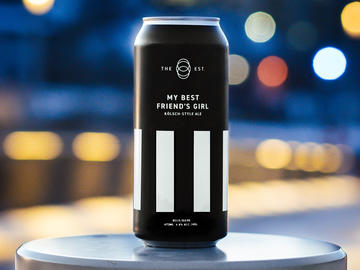 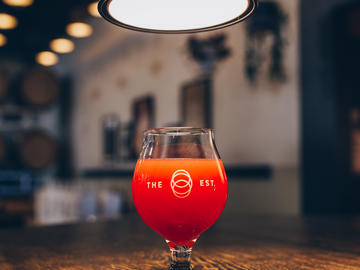 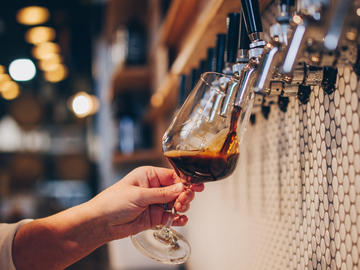 What are your best-sellers?

We have four core beers: Afternoon Delight, Sky Rocket, Jam Rock and My Best Friend’s Girl. I’d say 80 per cent of our beers have a reference to music, either a song or a lyric we love.

From design to making up recipes to the execution — the technical process is pretty awesome. And, in the end, you get this great product that you actually get to consume and share with people.

With more than 40 microbreweries in Calgary right now, is there room for everyone?

I think so — yes, I think there’s still quite a bit of room. If you look at the market share of craft beer compared to beer consumption in general, I don’t believe we’re at 20 per cent yet. If you think about all the beer that’s being consumed, and only roughly 20 per cent is craft beer, there’s still a lot of potential. And I think with things like the wild beer barrel program, where we’re offering a unique product that no one has really had in Alberta before, where we introduce people to new flavours and high-quality beer . . . I think that’s the next big thing. When everybody was opening up a brewery, you could put anything in cans and it would sell. And now I think the quality needs to be higher as the bar has really been raised in the past couple years. Now, quality is king.