Back in the 2007-2008 academic year, Ryan Dunfield could have graduated from the University of Calgary with his BA in economics had the highly motivated student not jumped on an opportunity for gaining practical work experience.

“Things were going gangbusters in Calgary at that time and the banks were short staffed,” he says today. “I took a full-time job at a bank, but it meant that I could only fit in a couple of classes a year. That’s why I wound up graduating later than I should have.”

Dunfield chose the right path for himself in following his ambitions. Today he is the CEO and principal of SAF Group — one of the largest alternative asset management firms in the country — a company he co-founded in 2013. He has also shown his great appreciation for UCalgary’s Department of Economics, “giving back” as an extremely generous donor and establishing a bursary, a scholarship, and a brand-new fellowship.

The 38-year-old was recognized for all this last month when he made the prestigious Canada’s Top 40 Under 40 list.

Early investment one key to success

Dunfield stresses that this distinguished recognition is a result of the entire team at SAF Group. “I’m the lucky one that gets to go up on stage, but it’s definitely an award for all of us at SAF Group and the great things we’ve accomplished together,” he says. “Without a strong team there is no Canada’s Top 40 Under 40 award. I feel blessed.”

How did Dunfield reach these heights at such a young age?  After graduating he joined a Vancouver firm focused on distressed credit investing and from there, he moved on to a hedge fund based in Greenwich, CT, assisting with their Canadian investments. But just like when he was earning his degree, Dunfield was already looking several giant steps ahead.

“In the evenings, I was also working on the plans for SAF Group,” he says. “I came across a unique way to finance infrastructure credit opportunities, and I knew that if we could successfully launch this fund, it would be an amazing homerun. This really kickstarted SAF Group and spawned what is today nine funds.”

Back when we started in 2013, it wasn’t with these grand plans to build a multibillion-dollar asset management firm. I was 29 years old and that wasn’t even on the radar.

Dunfield cites SAF Group’s early investments in energy infrastructure opportunities as one key to their success. “We started investing in the fall of 2013 and closed the fund in the summer of 2014, and that was essentially the high-water mark for energy,” he says.

“Every day since then, investing in energy has been a bit of a graveyard. We feel proud that we’ve deployed over $1.5 billion into the energy patch, and we’ve been sturdy legs during very tough times for the sector.” He also takes pride that SAF Group’s returns are “generally tops in the alternative space.”

A bursary, a scholarship, a fellowship

Because UCalgary’s Department of Economics gave Dunfield the foundation he needed for his truly prodigious career trajectory, he feels honoured to “pay it forward.”

In 2017, he and his wife, Shanna Dunfield, established the Dunfield Bursary in Arts with a specific focus on helping students from unprivileged backgrounds pay for their first year of university. This year they started the Dunfield Scholarship for Economics. “Our hope is to create options for students who need financial support for university,” he says.

Taking this philanthropy further still, he’s now established a prestigious Fellowship in Economics, with the intention of retaining and attracting the very best and brightest of faculty researchers. “Anything SAF Group can do to support the Department of Economics — to help them bring in the top talents, enhance research, and create the best student experiences — that’s something we’re proud to be able to do,” says Dunfield.

“I would love to see University of Calgary’s Department of Economics emerge as the top economics school in the country. If there’s any modest role I can play in making that a reality, that’s a role I’d love to play." 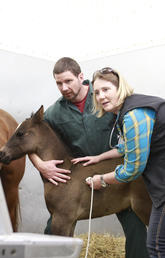 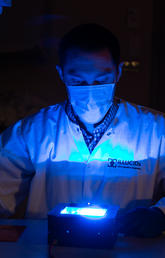 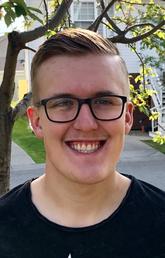 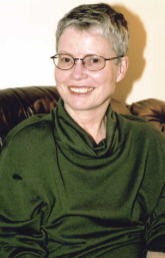 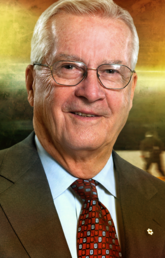 What happens when 2 NHL hockey icons share a passion for neuroscience? 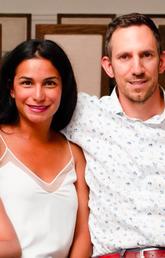