Several provinces in Canada have replaced traditional, fault-based automobile insurance with a “no fault” system, while others — in particular Alberta and British Columbia — are poised to do so soon.

What hasn’t been clearly explained to drivers, however, is that a no-fault system places tight restrictions on their right to be heard in court and at the same time reduces the benefits that will be paid to most of them in the event of a car accident.

The right to have your grievances resolved by an impartial party arose in medieval England when the courts, which had primarily heard criminal cases, agreed to adjudicate disputes between ordinary citizens as well.

A painting of a trial in medieval England, author unknown

These disputes most often concerned complaints of trespassing, but cases involving personal injuries, like horses knocking down pedestrians or dogs biting neighbours, were also heard.

Over the centuries, court decisions concerning these disputes evolved into a body of precedent, or common law. By the beginning of the 20th century, two principles dominated the law as it applied to personal injury.

First, with few exceptions, a defendant could only be found responsible for a complainant’s damages if he had been negligent — that is, if he was at fault. In that case, the defendant was required to compensate the injured party for his losses.

Second, compensation amounted to returning the victim to the position he would have been in had the injury not occurred. If the pedestrian who had been knocked down by a horse missed a week of work, for example, the injurer might have to pay damages equal to a week’s lost wages.

The dawning of insurance

When the automobile was invented, it seemed natural to apply these principles to injuries from car accidents also — drivers who were at fault had to provide compensation to the innocent victims of their bad driving.

But it soon became clear that many negligent drivers would be unable to pay the required damages because of the serious harm that can arise in automobile accidents. Consequently, legislatures everywhere required drivers to carry auto insurance.

Critics noted, however, that this system didn’t help drivers who were at fault or those who were involved in accidents in which no one was at fault, so there was no one to sue.

Because of the serious harm that can arise in car accidents, legislatures required drivers to hold auto insurance.

This has led to a call for no-fault insurance in Alberta, and also in B.C., where the situation is similar. That means every party will receive benefits from his or her own insurance company, regardless of whether they were at fault. B.C.‘s no-fault system kicks in on May 1.

No-fault proposals, however, quickly run up against reality: when at-fault drivers become eligible for benefits, the total number of eligible drivers increases dramatically, according to the Alberta report.

How can this increase in claims be paid for without increasing the average automobile insurance premium? The no-fault systems proposed in B.C. and Alberta offer two solutions.

First, they recommend reducing the benefits that are paid to each injured party. The Alberta proposal, for example, would reduce the average level of compensation by 30 per cent.

In other words, in order to hold premiums steady, the increased benefits to at-fault drivers will be paid for through reduced payments to innocent victims.

Motorists merge from four lanes into one as they enter the Lions Gate Bridge to drive into Vancouver, B.C.

As victims have been accustomed to receiving benefits that return them to their pre-accident position, they might be expected to react to these decisions by appealing to the courts. And it’s likely that common law courts would be sympathetic to these appeals — after all, it was those courts that initially developed the rules for determining compensation.

The result? Compensation would rise towards the previous levels — and premiums would have to rise to match.

Consequently, the second recommendation from the proponents of no-fault insurance is that the right of accident victims to appeal to the courts be restricted. The Alberta proposal recommends that if injured parties are dissatisfied, they should be required to appeal to a panel that is controlled by insurance companies, who will become judge and jury.

Insurers will save money?

British Columbia and Alberta both argue that insurers will be able to save the money they would previously have spent defending themselves in court. But the Alberta report suggests these savings are likely to be less than three per cent of the total cost of insurance.

In short, in order to provide increased benefits to negligent drivers, no-fault systems reduce the benefits available to victims, and deny them access to the courts when they feel their compensation has been unfair.

But if the goal is to provide benefits to negligent drivers, a far less radical change to the insurance system is readily available — encourage insurance companies to offer no-fault provisions in their policies that pay benefits to their own clients when they have been found to be at fault in a car accident.

Economists like to say: “There is no such thing as a free lunch.” Most no-fault systems are classic examples. At the same time the café cuts back on your serving sizes, it prohibits you to complain about it. 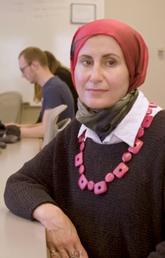 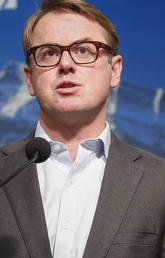 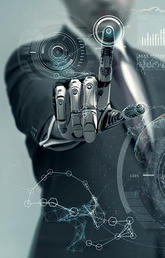 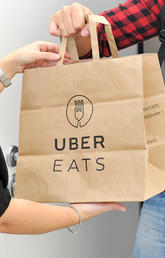 Workers in the gig economy feel lonely and powerless