The stories on the She Also Serves website, chronicling the Second World War experiences of Jewish women in the Canadian Armed Forces, are historical gems, frequently eye-opening.

Standouts include Estelle Ruth Tritt (Aspler), a lieutenant nurse in the Royal Canadian Army Medical Corps who arrived in France weeks after D-Day, working in a roadside medical tent treating wounded soldiers, including German POWs. She recalled many a terrified young man whose wounds had been self-inflicted in an attempt to escape the frontlines. She later helped in the search for surviving Jews in France, Belgium and Holland.

Brenda Diamond (Fishauf), born in Poland and one of the few Jews admitted to Canada in the 1930s, enlisted in the army as soon as she received her Canadian citizenship. She served in England and tried, unsuccessfully, to return to Nazi-occupied Poland where she hoped to liberate her family, including her husband. When the war ended, she tried locating them through every possible venue. Ultimately, she could only assume that they had perished in the Holocaust.

Thea Shatz (Ginsburg), with the Women’s Royal Canadian Naval Services, was posted to England’s Bletchley Park, the epicentre of Allied code-breaking during the war, where she worked as a classifier, retrieving material from teletype machines and delivering it to the decoding room. She worked in the division that focused on Japanese shipping patterns. From her historical perch she found herself in the House of Lords the day Winston Churchill delivered his eulogy to U.S. President Roosevelt.

The roots of the She Also Serves project go back to around 2011 when Saundra Lipton, a recently retired librarian at the University of Calgary, began researching the stories of Jewish war veterans on behalf of the Jewish Historical Society of Southern Alberta. Lipton, now the president of that society, was surprised to find that these veterans included Jewish women. Lipton’s fascination with the untold military contributions of southern Alberta Jewish women soon had her expanding her search across the country.

“What bothered me was, that when I could find these women’s obituaries, very often there was no mention of their service,” says Lipton. “I think it’s important that people recognize the role women played in general, in the Canadian Armed Forces There have been attempts to highlight the contributions of various ethnic groups, such as Indigenous women, but it is only in the last few years that there has been any writing focused on the stories of Canadian Jewish servicewomen.

The Jewish women who served during the Second World War may not have been firing guns on the frontlines, but their contributions were important to the cause. Many were right there alongside the men, witnessing the devastation of the war.

Eventually, Lipton’s research came to the attention of Dr. Jennifer Eiserman, PhD, an associate professor in the Department of Art. Eiserman envisioned a potential art exhibition based on these Jewish women who had served in the Canadian Armed Forces during World War II.

“I met with Saundra and she brought these huge, fat binders full of her research,” says Eiserman. “Over 250 women were documented in these binders, and these are just the women she’s been able to find so far.” Eiserman pitched her ideas to Lipton for promoting her research and the two formed a partnership, with Eiserman obtaining funding from the Faculty of Arts.

“I wanted to share the stories of these women with the public and I wasn’t quite sure how to proceed,” says Lipton. “Then Jennifer came along with her great ideas for the website and the art exhibition. I think it’s been a fantastic marriage.”

She Also Serves was the first step in a larger plan for Lipton and Eiserman. So far the website documents the names of 260 Jewish women who served in the Canadian Armed Forces with the stories of 36 more fully fleshed out. The hope is to tell all of their stories, over time. Eventually, Eiserman adds, she and Lipton hope to include the stories of Jewish women in other conflicts, as well as those currently serving in the Canadian Armed Forces.

Meanwhile, Eiserman has put out a call for Canadian artists who identify as Jewish and women, soliciting digital works of art inspired by the stories featured on the website. This digital art will be represented on a banner that will be hung in the Calgary Military Museums in May 2021, for Canadian Jewish Heritage Month. These digital works of art will also be represented in a virtual exhibition on the She Also Serves website.

It’s a project near and dear to the hearts of both women.

“Jewish women have a very long history in Canada, and we’ve made incredible contributions,” says Eiserman. “In a world where antisemitism is again raising its ugly head, I think it’s important for us to remember and celebrate those contributions.” 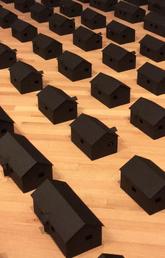 In the News: UToday 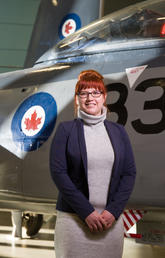 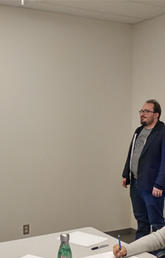 Why does law need feminism?

In the News: The Hill Times