UCalgary, U of A collaboration expected to change how clinicians monitor for atrial fibrillation in Alberta stroke patients

PER DIEM clinical study team in 2018. Courtesy University of Alberta

A clinical trial examining the efficacy of two devices to monitor and detect atrial fibrillation (AF), or an irregular heartbeat, in ischemic stroke patients — one an implantable device that monitors over 12 months, the other an external device that monitors over a 30-day period — found the implantable device is more than three times more effective in detecting AF, and both are a significant improvement over the current standard of care in Alberta.

The Post-Embolic Rhythm Detection With Implantable Versus External Monitoring (PER DIEM) study, led jointly by University of Alberta and University of Calgary researchers, was published June 1 in the journal JAMA. The findings are expected to significantly change practice in how clinicians look for AF in Albertan patients following ischemic stroke.

Atrial fibrillation causes about one in four strokes in Alberta. Detecting it early is key to preventing further disabling strokes in patients who have already experienced ischemic stroke, a type of stroke caused by a blockage in an artery that supplies blood to the brain. If atrial fibrillation is detected, clinicians have treatments — mainly blood thinners — that can reduce the risk of stroke by almost 70 per cent.

The standard test in Alberta for AF is a 24-hour electrocardiogram monitor. In the PER DIEM trial, 300 Albertan patients who had suffered a stroke were randomized to one of two new devices that can monitor for AF for longer durations. The study showed that the implantable device picked up three times more new AF than the 30-day monitor (15 per cent versus five per cent). All of the patients in the clinical trial with new AF were started on blood thinners.

“We didn't expect that we would get such a dramatic increase with the longer recording, even though it intuitively makes sense,” says study co-author Dr. Michael Hill, MD, professor of neurology at the University of Calgary and senior medical director for stroke with Alberta Health Services’ Cardiovascular and Stroke Strategic Clinical Network. “Most people suspected that detection rates apply to only certain subtypes of ischemic stroke. This study showed that theory is not correct.”

“We believe that those patients that were identified with atrial fibrillation are now, for the rest of their lives, going to have a much lower risk of having a stroke in the future,” adds Buck, who is also a member of the U of A’s Neuroscience and Mental Health Institute.

One of the patients who took part in the trial was Norman Mayer, the sitting mayor of the central Alberta community of Camrose for the past 32 years. Mayer recalls being admitted to the emergency department about five years ago after not feeling well and experiencing sudden pain. After examination, the clinicians on duty informed him that he had likely experienced a minor stroke.

Norman Mayer received an implantable device in the study.

After being stabilized, Mayer was informed of the clinical trial and given the option of participating. After giving his consent, he was randomly assigned to the group of patients who were given the implantable monitoring device.

“It was the luck of the draw, and the advantage of it was that it’s inconspicuous and wearing (an external device) would not have been very appealing to me,” says Mayer. “So I had (the implantable device) tucked into my chest. It's there and nobody knows about it except for me and my doctor.

"It gives you a bit of a comfort level, I guess. It's not bothering you. It's just there and a part of life,” he adds. “It gives you the feeling that if something was to go wrong, somebody's going to be in touch to let you know (what steps need to be taken).”

With better monitoring, clinicians may be able to diagnose much more AF after stroke and dramatically reduce the risk of future disabling stroke. According to the Canadian Coordinating Office for Health Technology Assessment (CADTH), the external device costs about $1,000 per patient to administer, while the implantable device typically costs over $5,000 per patient.

The implantable device had the added advantage of remote monitoring, reducing the need for trips to the hospital — an important consideration for rural Albertans. The team says an in-depth cost-benefit analysis is needed to determine the best approach to providing superior care while also providing savings for the health-care system.

“The biggest problem with stroke is that it dramatically impacts people's lives. So you take a healthy, independent person with a big disabling stroke, and they often end up being dependent on others for help with care. So that's terrible for patients and it's very expensive for the system. If you can prevent even a few of those big disabling strokes per year, it helps the person and reduces the burden on the health system,” says Buck.

External device for detecting AF monitors over a 30-day period.

“This new evidence will help guide selection of what strategy is best going forward,” adds Hill. “We need to go beyond (24-hour monitoring) for Albertan patients. But if the system is going to pay for this technology, we need to know more definitively that patients are going to end up with lower stroke rates in the future.”

The researchers say studies to this point have shown a trend in that direction, but more work is needed to prove it definitively. They hope to address those questions in future research.

The PER DIEM study was conducted as one part of the overarching Performance Evaluation & Rhythm Follow-up Optimization with Remote Monitoring (PERFORM) project led by the University of Calgary’s Derek Exner with the Libin Cardiovascular Institute.

The research was funded through Alberta Innovates’ Partnership for Research and Innovation in the Health System (PRIHS) program and in part through the Alberta Innovates CRIO grant program (QuICR Alberta Stroke Program). Industry partner Medtronic also gave in-kind support to the study.

Brian Buck is a stroke neurologist and associate professor of medicine at the U of A and member of U of A’s Neuroscience and Mental Health Institute. He is a consultant neurologist at the University of Alberta Hospital and Grey Nuns Community Hospital in Edmonton. 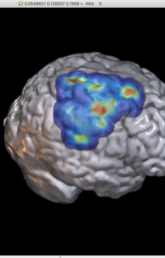 Researchers unlock the potential of an average MRI scan 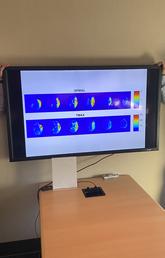 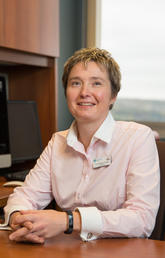 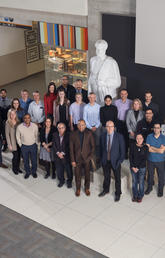 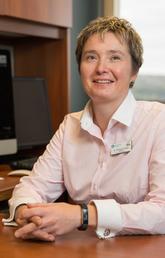 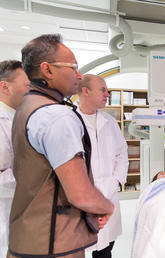