University of Calgary researchers have developed new technology to treat patients suffering from a collapsed lung, vastly improving their chances of recovery.

About 1,000 Albertans are brought to hospital for a collapsed lung (pneumothorax) each year, with about two million cases occurring worldwide. A pneumothorax occurs when air leaks into the space between the lung and chest wall. This air pushes on the outside of the lung, triggering its collapse and often causing death.

There has been a dramatic increase in patients needing emergency lung treatment due to the COVID-19 pandemic in the past 18 months. Often the treatment of lung collapse is performed under high stress in an emergency, increasing the risk of medical error.

Typically, operators insert a needle or chest tube between the ribs to release the excess air around the lung and resuscitate it. There's a great risk for error, given the intricacies of the procedure, how quickly it needs to be done, and the differences in bodies, especially in newborns. To better support health providers, especially first responders, Dr. Alex Chee, MD, Dr. Sumesh Thomas, MD, and Dr. Wiley Chung, MD, are developing a new medical device that has the potential to save lives.

"The incorrect placement of the tube can be detrimental," says Chee, who is chief technology officer at Smart Biomedical, a Calgary-based medical device company. "There is always the possibility ,of piercing the wrong organ or not going far enough to be effective, especially if the operator does not do it often.

This tool will enable doctors to quickly and accurately re-expand the lungs without harming other organs.

Mockup of the Smart Drain.

This device is in development and features a screw mechanism that will allow operators a safer way to access the chest cavity to release excess air. The screw-like device will have a built-in microchip that will guide the operator to the correct position to prevent harm to other organs.

SMART Biomedical has garnered accolades and praise for its invention, called Smart Drain, the most recent being from the 2021 Global Health Innovation Academy and the 2021 Dunin-Deshpande Summer Pitch Competition at Queen’s University. The team currently has an early-stage product built in-house and intends to manufacture a marketable prototype in the coming months. They are looking for potential business partners to help reach that milestone.

"While working with drywall screws, the idea of a Smart Drain dawned on me," says Thomas, Smart Biomedical's president. "The concept of going through drywall safely seemed to be a great concept with potential medical applications. Having practised and taught medicine for over 20 years, I saw the need to help current and upcoming doctors perform procedures safely using devices that minimize the risk of harm."

Chee and Thomas credit their team's current success to the continued support from the Life Sciences Innovation Hub at the University of Calgary. They look forward to contributing to Calgary's growing tech industry with the ultimate goal of improving our health system's capabilities.

About the Life Sciences Innovation Hub 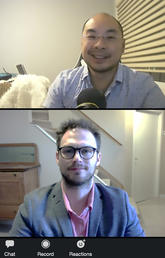 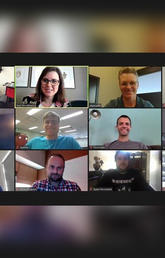 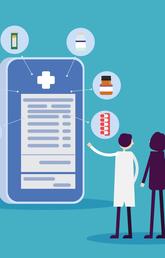 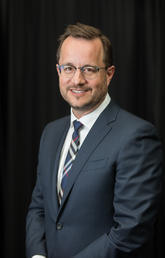 Clinician-scientist focuses on improving lives of Albertans with heart problems 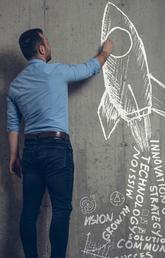