Important Update: Due to the global pandemic the Global Summit has been rescheduled to February 16-18, 2022.

Thanks to the proliferation of easily accessible pornographic sites online, each year millions of children are exposed to violent depictions of sex before they’ve even had their first kiss, says Dr. Jocelyn Monsma Selby, PhD, a Calgary-based clinical social worker and sexologist specializing in forensic sexology.

The ultimate effect of these extreme images on developing brains is still being determined, but the research to date on psychological and behavioural outcomes certainly suggests dire consequences.

“Early exposure can cause trauma and developmental issues…. [It] can be linked to body insecurity, depression and other mental health issues,” says Monsma Selby, reading from a raft of research papers on her desk. “It can trigger compulsion and sexual dysfunction and arousal disorders. It can shape new arousal pathways including illegal acts — incest and pedophilia…”

Some of the many featured presenters include Dr. Donald Hilton, a neurosurgeon and adjunct associate professor of neurology at the University of  Texas Health Science Centre; Dr. Sharon Cooper, the CEO of Developmental & Forensic Pediatrics, P.A., a consulting firm that provides medical care to children with developmental disabilities, as well as medical care, research and training; and Dr. Marc Potenza, a professor of psychiatry, child study and neuroscience at the Yale University School of Medicine.

“We're not anti-porn advocates ... but children should not be stumbling on the content that is available online. It needs to be monitored, otherwise it is child sexual abuse via digital images
- Dr. Jocelyn Monsma Selby

Hosted by Connecting to Protect, a non-profit organization founded and co-chaired by Monsma Selby, the Feb. 16 - 18 summit is the culmination of her ongoing efforts to raise awareness and push for a public health response to this issue.

Potenza, whose research was considered by the World Health Organization for the inclusion of Compulsive Sexual Behaviour Disorder (CSBD) in the 11th revision of the International Classification of Diseases, says that while studies are still in the early stages, there are alarming implications regarding the effects of online pornography on both individuals with compulsive sexual behaviours and adolescents whose brains are still developing

“In some ways we're playing catch up, because the internet and the digital technology world has been changing very rapidly,” he says. He says by way of example, that a recent neurological study revealed “differential brain activations” in brain regions involved in processing rewards and other and other aspects of human behaviour in subjects with CSBD as they viewed online pornography.

“We don't know the extent to which the pornography viewing or other compulsive sexual behaviours are leading to changes or if there are pre-existing differences that may lead individuals to engage in these behaviours in such a fashion,” he cautions.

Nonetheless, Potenza concurs with Monsma Selby that potential impacts are cause for concern.

“I think that if you are learning about sexual behaviours by what's available on the internet, it can have many detrimental effects. It can generate arousal templates that are geared towards non-realistic and possibly harmful behaviours,” he says.

“This is particularly concerning regarding development of youth, who are watching internet pornography, have access to a wide range of pornography on the internet, and may not have lived experience with other forms of sexual behaviours.”

For her part, Monsma Selby emphasizes that her dedication to this cause is not some moral crusade but an attempt to find real world solutions such as age-verification controls in combating a public health problem.

“We're not anti-porn advocates. We're not waving our banner saying adults should not watch pornography,” she says. “If consenting adults are engaged in pornography for their sexual enjoyment that's their prerogative, but children should not be stumbling on the content that is available online. It needs to be monitored, otherwise it is child sexual abuse via digital images.”

Connecting to Protect’s global, virtual summit is supported by the Faculty of Social Work, University of Calgary. For more information and registration, visit here.

Research shows watching child pornography is not a victimless crime 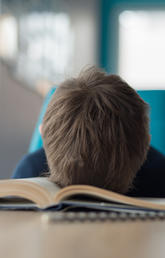 Effects of stress on children 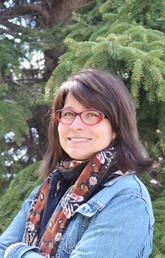 Children exposed to domestic violence tend to fall through the cracks. Angelique Jenney wants to change that 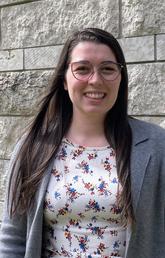 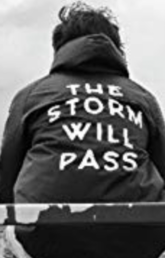