The Path to the Pulitzer

How, exactly, does a UCalgary poli-sci student go from toiling at The Gauntlet to winning a Pulitzer Prize for reporting at the New York Times?

For Susanne Craig, BA’91, Hon. LLD’19, setting the record straight and creating a healthy democracy starts with the same thing: a fiercely curious mind. One that, back in 2016, after receiving an anonymous package of President Donald Trump’s 1995 tax returns, said “something just doesn’t add up.”

Chutzpah, critical thinking, tenacity and a highly invested work environment are the keys to this win, said a jubilant Craig, shortly after she and two fellow reporters — David Barstow and Russ Buettner — were awarded the Pulitzer for one of the longest investigative series that the Times has ever run (14,000 words). Over an 18-month period, the trio relentlessly combed through 100,000 pages of documents — ultimately shattering the then-popular narrative that Donald Trump was a self-made billionaire. Their original shoe-leather reporting revealed that Trump had inherited most of his wealth from his father, Fred C. Trump, and had participated in questionable tax schemes.

“We started digging, which led to more questions and to sources and documents and more documents,” recalls Craig in an email. “Getting to the truth can be really hard, especially when the man you are writing about has spent his entire life carefully creating a false narrative about himself. A lie passed into history often becomes truth. We found that. Trump banks on it — and we can never forget it.”

One of the major breakthroughs in the case was stumbling upon an obscure, family-owned company that, in effect, allowed Fred Trump to move cash to his children. What they discovered was the siblings received millions in untaxed gifts from their father, allowing them to deke around a 55-per cent tax hike on gifts over a certain value.

Getting to the truth can be really hard, especially when the man you are writing about has spent his entire life carefully creating a false narrative about himself.

Craig credits her illustrious career as an investigative journalist with her start at The Gauntlet where she covered student union politics, dinner theatre, “movie reviews . . . anything that was thrown at me,” she writes. “It’s hard to explain, but I knew from the time I wrote my first story that this was what I wanted to do. I just fell in love with reporting.”

For a moment, let’s step back to 3 p.m. on Monday, April 15, 2019, in the Times newsroom. Everyone had gathered, the place was jammed and Craig, who had known since March that her team was a finalist, was standing nervously with friends and her brother, who had flown in from Hong Kong. Oh yes, her best friend from Toronto was also there, having come down to the Big Apple to whoop it up on Craig’s birthday the day before.

“Well,” she writes, “3 p.m. came and went and the winners weren’t announced. Dean Baquet, the executive editor, is on the podium waiting to hear who at the Times had won so he could begin his remarks. Nothing. Minutes went by; it seemed like forever. Then the winners were finally read out. And I heard my name and the news our story had won. It was truly amazing. Everyone just started cheering.”

After Baquet’s remarks. Craig took to the mic to thank Barstow and Buettner and “the amazing group of people who stood with us for 18 long, often difficult, months as we moved the story to the press. This project certainly had its moments. Today, I am glad we are bound together by what we achieved.”

And, in the spirit of all classic investigative journalists (think Bob Woodward and Carl Bernstein), Craig ended her speech by saluting her sources: “I wish they could stand here today with us. Some took great risk to get us the information we needed to expose the truth — and, as people in power work to hide the truth, sources become even more important to what we do. They deserve safe harbour and to know they are in good hands.

“I am thankful for ours and share this prize with them today.”

This wouldn’t be Craig’s final accolade of 2019. Closer to home, she received an honorary degree from UCalgary at June Convocation.

“Journalism and journalists are crucial to a healthy democracy. That is a truism,” she writes. “But, when you have politicians hell-bent on making the truth look false and then trying to make their lies appear like the truth, voters need reporters there to set the record straight and sort it all out. The press is hardly perfect, but there are a lot of hard-working reporters who are trying to get it right and I am thankful for that.”

Here’s a replay of the chat Susanne Craig who won a Pulitzer for her investigative work into Trump’s taxes, had with Chancellor Deborah Yedlin during Alumni Weekend 2019.

The noon-hour crowd at EEEL was regaled with tales by Susanne Craig and Deborah Yedlin: 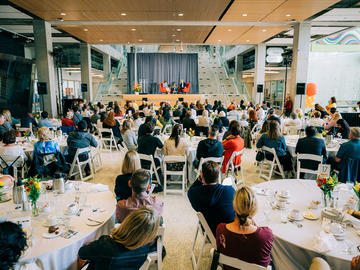 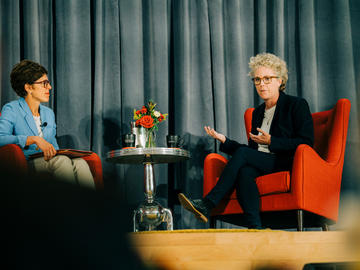 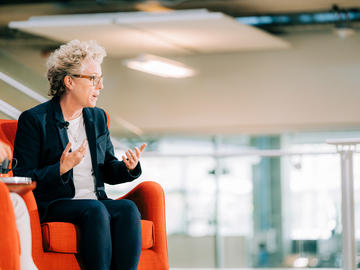 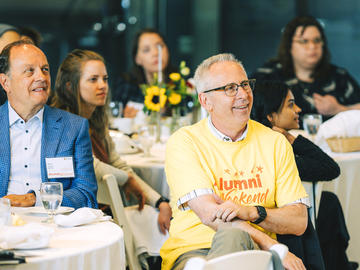 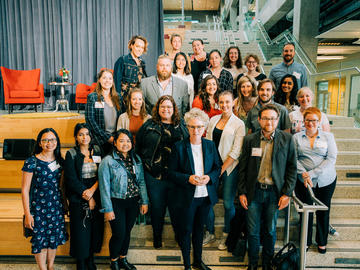 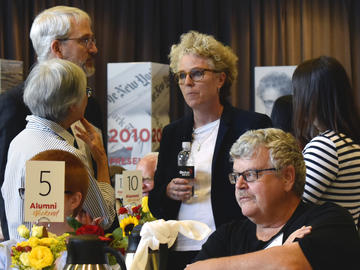 Who Will Help Mom?

Over the next 20 years, Canada’s seniors’ population is expected to grow by 68 per cent and we, as a nation, are not ready. In fact, experts say we are facing a multifaceted economic, social and health-care crisis as our elder population grows. What are our priorities and what is UCalgary doing about the splintered system that exists today?

Meet six remarkable alumni who are blazing trails across our skies, creating spaces for us to marvel at, championing rights for Indigenous people, leading coalitions of people, innovating new tech platforms and building bridges across global organizations. Although this year’s recipients walked the red carpet at the recent Arch Awards, their stories bear a replay.

How did alumna Susanne Craig, BA’91, Hon. LLD’19 go from being a campus newspaper reporter to winning the Pulitzer; why language is critical, especially in the LGBTQ2S+ community; alumni star in a new movie; what, exactly, is Rococo Punk?

Take the ultimate tour of campus with President Ed McCauley, meet the 2019 Arch Award recipients and find out what UCalgary is doing about the coming health-care crisis as our elder population grows. All this and more in the Fall/Winter 2019 Alumni Magazine.