The good news: UCalgary students are engaging in discussions about their use of marijuana, evidenced by a recent UCalgary survey of 4,000 students with a 55 per cent response rate. The concerning news: about 11 per cent reported using medicinal cannabis to relieve anxiety, depression and insomnia, a treatment that lacks evidence to support its therapeutic value.

“Our students are mirroring the trend we are seeing overall in the province,” says assistant professor Jacqueline Smith, principal investigator for the University of Calgary’s Campus Experience with Cannabis Survey. “Albertans are among the top users of medical marijuana in Canada and while we do know that cannabis holds therapeutic value for some illnesses, we don’t know enough about its long-term effects.”

The first phase of the three-part study, supported by the Campus Mental Health Strategy and Calgary Police Service, focused on prelegislation. “We are very encouraged by the number of students who responded to the survey; with legislation looming, the perceived risk of talking about personal use decreases and there is probably more of a willingness to share,” says Smith. “That feeling of lessening risk that comes with legalization may also increase use — not just recreational, but also medicinal to help mitigate the effects of some prevalent student issues, like stress.”

That is concerning to Smith. “Young adult brains are still in development and the Canadian Family Physicans prescribing guidelines (2018) are cautioning against cannabis use for mental health issues until more is known.” She adds, however, that the results have been a catalyst for an educational intervention that will be conducted in the fall. “We know that education is often not enough, but it will form the backdrop for an initiative planned with the Wellness Centre on campus.”

What's next: Creating a larger Canadian longitudinal prospective study and following a cohort of students across several Canadian campuses during this important shift in Canadian drug policy will help inform cannabis campus policy across our country 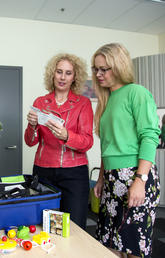 In the News: UCalgary Alumni

In the News: UToday