Service will help reduce unnecessary use of antimicrobials

Jennifer Allford, for the Faculty of Veterinary Medicine

The University of Calgary Faculty of Veterinary Medicine (UCVM) has a new bacteriology lab that will provide faster results for students, faculty, and veterinarians across Alberta, allowing them to treat their animals with the most appropriate antibiotics days faster. The lab, part of the faculty’s Diagnostic Service Unit (DSU), is set to open later this fall.

“For the first time, we can walk samples down the hallway and receive a rapid culture of bacteria and understand what antibiotics they are sensitive to within a couple of days, rather than sending tissues out of province,” says Dr. Jennifer Davies, DVM, director of the DSU.

The new lab will help us use antibiotics in a judicious evidence-based manner so that we're not contributing to antimicrobial resistance.

Up until now, the DSU has sent bacterial samples to labs outside Alberta and waited up to a week for results. “That puts you behind,” says Davies. “Where you need to treat an individual animal that has a bacterial infection with the appropriate antibiotic, you’re maybe also looking at this at a larger herd level and making decisions for multiple animals.”

Within UCVM, the high-quality, affordable bacteriology services will support clinical faculty, researchers, and fourth-year students in rotation as part of the Distributed Veterinary Learning Community. “It's not only important to get the diagnosis for animals, it’s a very valuable part of students’ education to understand how to test for things,” says Davies.

Once the bacteria are cultured in the lab, the MALDI-TOF can identify pathogens in seconds.

“When we look externally, we know that veterinarians across the province will benefit from the service and importantly, the animals that those veterinarians serve, whether they're companion animals or livestock. When we talk about supporting livestock, what we are really talking about is supporting producers and industries within the province, ultimately protecting food security.”

The new lab is equipped with the latest generation of MALDI Biotyper using MALDI-TOF (matrix-assisted laser desorption/ionization time-of-flight) mass spectrometry technology. The high-tech machine, one of only a handful in North America, uses a laser to break up a bacteria colony into molecules, which are then compared to a database.

“It cuts out some time,” says clinical bacteriologist Dr. Beverly Morrison, DVM, who oversees the day-to-day in the lab. Once the bacteria are cultured in the lab, which takes 24 to 48 hours, the MALDI-TOF can identify the pathogen in seconds.

“It eliminates a full day’s worth of waiting time,” says Morrison. “It speeds up the identification of bacteria from more traditional-based methods, biochemical tests and things like that, which took multiple days, if not longer, to identify.”

As well as faster results, without paying any out-of-province fees, the new lab also provides veterinarians the opportunity to discuss the results with a bacteriologist. “There are other labs in Alberta that you could send your sample to for culture, but all you get back is what bacteria grew and a list of antibiotics it's either sensitive or resistant to,” says Dr. Lindsay Rogers, DVM, the DSU’s program outreach co-ordinator. “The huge benefit of sending it to UCVM is you can talk to the bacteriologists and find out which antimicrobial is most appropriate to use in a specific situation.”

Morrison is looking forward to those conversations and providing her expertise around bacteria identified in the lab. “I'm hoping to be a good reference for veterinarians in the province: To answer any questions regarding the type of organism and whether it’s an emerging pathogen, or just a normal organism that lives within a certain animal species,” she says. “I’m excited to be a part of this and to help faculty, students and veterinarians and producers moving forward.” 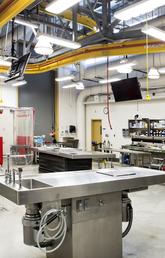 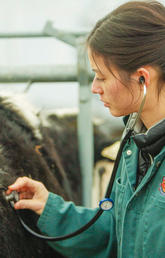 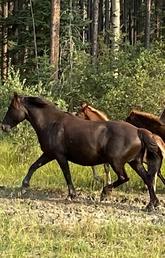 Do Alberta’s feral horses self-medicate with plants to fight off parasites? 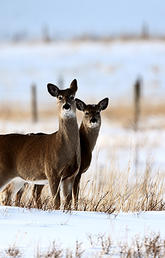 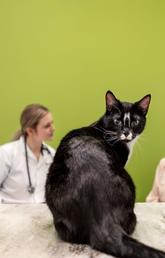 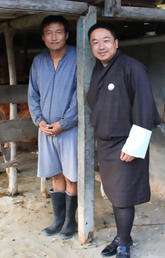