Calgary’s exponential growth as a city over the past several decades may soon be outpaced by another metric — its rapidly increasing population of older adults. A recent study by University of Calgary Faculty of Social Work professor Dr. Yeonjung Lee, PhD, found that more than three-quarters of the city’s 204 neighbourhoods are in the process of aging.

Citing existing literature along with her own research in the field, Lee says a substantial proportion of members of this “greying” population prefer to remain in their communities as opposed to transitioning to long-term care. She says there is a positive relationship between those who do so and their individual well-being.

“I had my students do ethnographic interviews with seniors,” says Lee. “All the answers [they] expressed were like, ‘I would rather die than have to move to a nursing home.' But the issue is that while [staying in their homes] is what people want and hope to do, the infrastructure is not really ready for them to do that.”

Addressing this issue is at the heart of Lee’s research project, “Community of Concern for Older Adults” (CoCOA.) Using civic census data, Lee’s team singled out aging communities and measured their accessibility to necessary services by means of walking and transit. In doing so, they identified eight communities of concern.

Six of these were established neighourhoods constructed in the inner suburbs, primarily in the 1960s and 70s: Shawnee Slopes, Maple Ridge, Point McKay, Parkland, Varsity, and Midnapore. The remaining two, Seton and Greenwood/Greenbriar, located in the outer suburbs, are still developing.

Interestingly, the latter pair of new communities fared quite well in terms of amenities and housing options. But given their physical location on the outer edges of Calgary, and the need for seniors to travel for other services such as medical appointments, access to reliable transit proved to be a potential issue.

As for the inner suburban communities, all were marked by a lack of amenities within their boundaries. Lee notes, however, that these conclusions lack qualitative measure, which she will address in phase two of the project.

Once the weather improves and more of the population becomes vaccinated, Lee aims to answer these questions using Photovoice methodology. Study participants will use photography — via a camera or cellphone — to record and reflect upon their experiences in their community. She will be collaborating with faculty colleague Dr. Ilyan Ferrer, PhD, who has employed Photovoice in several studies with seniors.

Study will inform planners and policy-makers

Using data collected in the two stages of the study, Lee hopes to be able to create a base of knowledge through which planners and policy-makers at the municipal and provincial levels can improve the quality of life for seniors.

As the city finds itself actively debating what shape our communities should take, Lee’s input could not be more timely. She points out that this issue will only grow over time.

“That’s why I’m in this area of research — studying older people and their quality of life,” she says. “We will see more and more people getting older, living longer… it’s not going to go the other way. Because of that, we need to do a lot of work to support them.”

Lee’s research is being supported, in part, by a gift from Grant Allen, who also created the Patricia Allen Memorial Graduate Scholarship honouring his late wife Patricia Allen (MSW ’69.) Patricia Allen was one of the faculty’s first grads and a passionate advocate and ally for seniors, who led the creation of Calgary’s Kerby Centre in 1972. 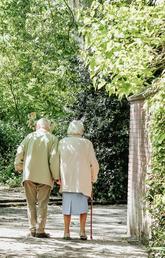 Older-adult care: What needs to change — and what doesn’t 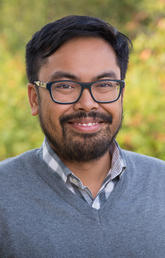 Immigration policy through the lens of those who live it 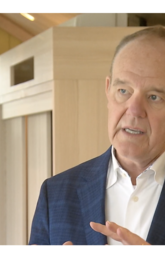 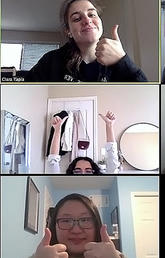 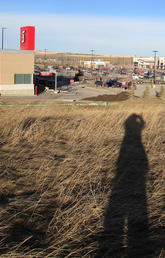