What do you do when a pandemic makes it impossible to safely deliver one of UCalgary’s most popular summer camps in person? That’s the challenge students in the Faculty of Veterinary Medicine (UCVM) faced at the end of May.

“We were disappointed because we really wanted the opportunity to work with kids and help them learn about this field we’re so passionate about,” says Megan Haas, a second-year UCVM student who was hired, along with Chevonne Codd, Alana Graham, and Dara Singerman (the self-dubbed COVID Crew) for summer outreach programs.

Rather than cancel the camps outright, they decided to create a virtual version. A bit daunting considering it’s hands-on activities like brushing horses and haltering cows that made the camps such a hit in past years.

“We were worried about the limits of lecture-type learning,” says Haas. “We didn’t want kids saying ‘Wow, this sucks. It’s just like summer school.’”

So, the crew decided to think big. They channeled their creative energy into making an online version of the camp that would immerse kids in Grades 6 to 9 into the world of veterinary medicine. They would engineer a website with videos on all kinds of animals and all kinds of veterinary careers — with interactive content ranging from the anatomy of cows, horses, cats, dogs, and birds, to veterinary skills like bandaging, suturing, and blood smears.

For good measure, they’d add biosecurity, wildlife rehabilitation, and disease monitoring. And they’d give each camper a swag bag with a scrub top, and an instrument kit complete with stethoscope and other materials for at-home activities.

But they only had a few weeks to pull it off.

Step one: Make a bunch of videos

“We started filming right away because we wanted the videos to be a large component of the camp. It took us about a week and a half to film all of the videos with the teaching animals,” says Graham.

“We put in a lot of long nights. A lot of weekends,” Haas adds. “None of us expected the filming days to be as intensive and long as they were. And the further we got into filming, the worse it got because the people who weren't in the video were trying not to laugh and then making the person in the video laugh. It slowly went downhill as we got more tired.”

“After that we started editing, and I think we under-estimated how much time it would take to edit all the footage we’d shot,” says Graham.

Steps two and three: Build a website, and create hours of live programming

Creating a website from scratch, jam-packed with great content is no small feat. But fortunately, the team had a bit of a ringer in Codd. She and the team were mentored by UCVM's website guru Rahil Tarique in creating a site that would give professional web developers a run for their money.

“The fact they could draw on their own underlying skills to make such a great program and website was number one, lucky, but number two, shows the amazing nature of the students we have at UCVM.”

Four weeks of camps were offered, and the team focused each day of the week on a different animal theme: small animal, equine, bovine, exotics, and wildlife/zoo animals 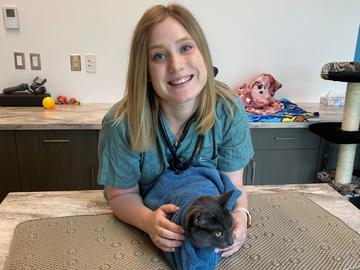 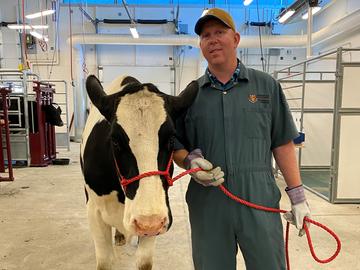 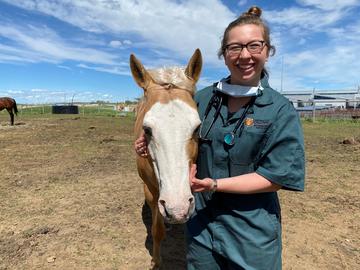 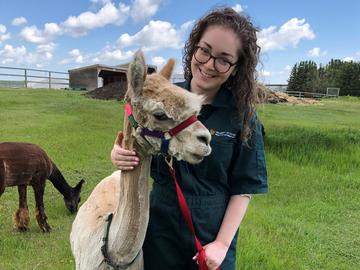 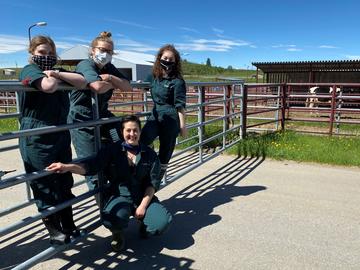 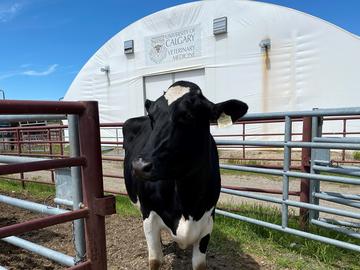 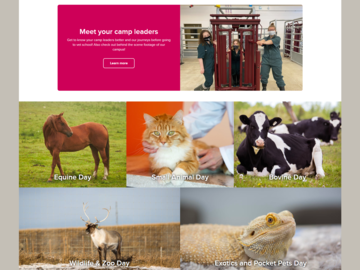 “First day, right at 9 a.m. the campers join us in a Zoom call and we do an icebreaker, so the kids can get to know each other, even though they aren't in person. Then we do an overview of the day's topic,” says Graham.

During the day, the kids work through the website content and quizzes, then reconvene in the afternoon for a second Zoom session. And they finish the week with a virtual behind-the-scenes tour of the Calgary Zoo hospital from UCVM’s Dr. Doug Whiteside, DVM.

The end result: Happy campers from all over the country

“The feedback from campers and parents has been overwhelmingly extremely positive,” says Murphy. “There was one parent who said the programming was just outstanding and she wanted to give kudos to the students for being able to put together something so engaging and so inspiring for her kid.”

While the students are proud of the camps’ success, they’re quick to point out they had great support from many members of faculty and staff. “We’re really thankful that all the people that have been involved have been so great and so gracious. They definitely helped make the camps a lot better,” says Graham.

A major plus of the online camp is more kids were able take part and they didn’t have to live in Calgary. Campers came from as far afield as Ontario, the Northwest Territories, and Atlantic Canada.

Melanie Bull says her son Sean Cislowski finds the camp exciting and engaging, and having it offered virtually means he can take part from Ontario.

“We’ve had so many kids from rural backgrounds Zooming in from the dairy farm that we think it might be cool to incorporate an online week in future camps, COVID or not, because there are kids who’ve wanted to come to this camp before, but have never had the opportunity,” says Haas.

With all the hard work done, the team is leaving a ready-made website and teaching materials for use in coming years.  And if they have time before they wrap up the final week of camp, they may leave a little something extra.

“We definitely have a lot of video bloopers,” laughs Graham. “We’ll have to make a blooper reel.” 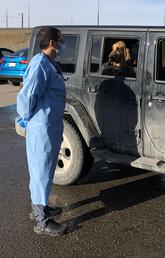 Veterinary care in a pandemic: A paradigm shift 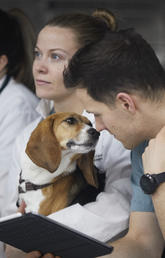 What’s the risk of COVID-19 to your pet? 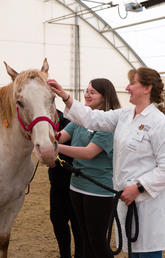 UCalgary shares weird (and wonderful!) science of caring for animals